OUR WORK JOIN THE CAMPAIGN FAQ ABOUT US COALITION MEMBERS

MAKE IT YOUR BUSINESS! 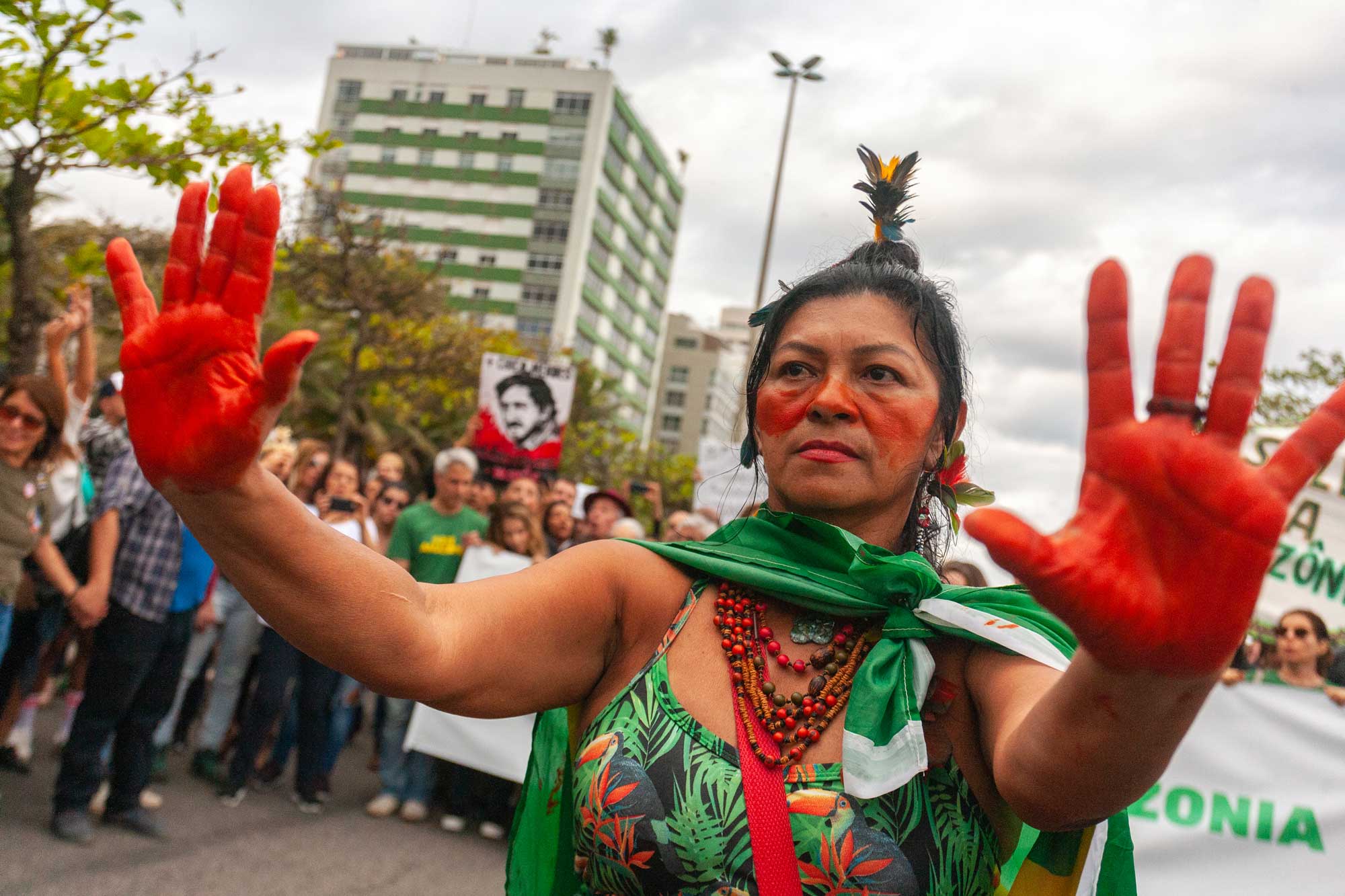 Protests in Brazil to denounce the indiscriminate burning in the Amazon. Photo: rodrigo_jorda/Shutterstock 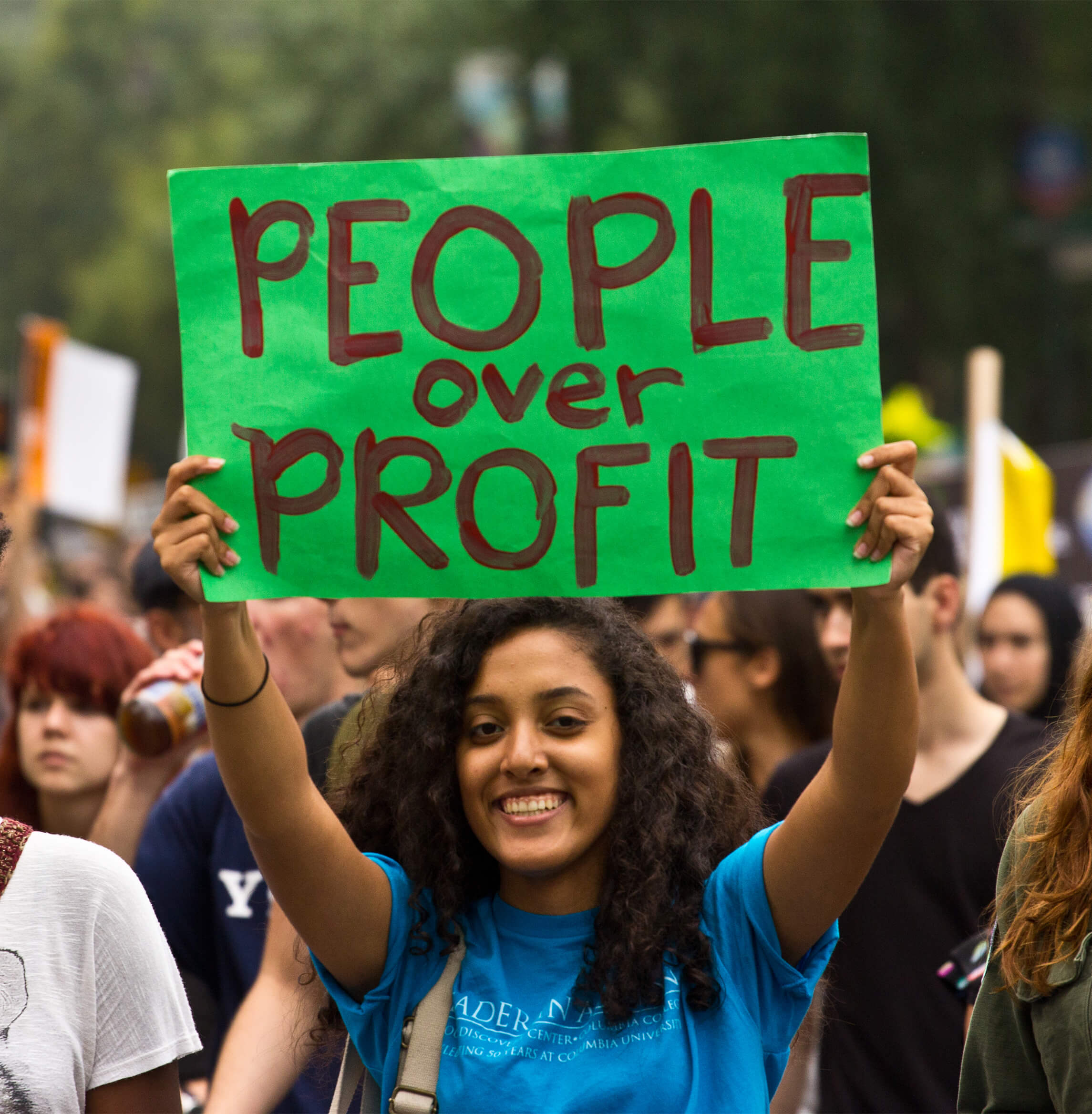 LEARN ABOUT
OUR WORK

The ICBHR is campaigning for new corporate accountability legislation to prevent abuses by making Irish-based companies accountable for a range of corporate human rights violations including forced labour, land grabs, attacks on human rights defenders, violence against women and denial of people's fundamental rights at work. The law would also allow victims to take companies to court in Ireland for damages

Our new report details the pressing need for the Irish government to introduce a new law to hold Irish-based companies to account.

Time for a Treaty at the UN

The ICBHR campaigns to ensure corporations are legally required to assess and address negative human rights impact across their value chains by calling for a robust UN treaty.

The treatment of supply chain workers, migrant workers, and those in precarious work, mostly women, represents an unsustainable and unjust business model of profit at the expense of human rights.

Corporate Accountability and the EU

The Coalition campaigns with our European partners for a legal framework for human rights and environmental due diligence at the EU level. The EU has just published its new law called the Corporate Sustainable Due Diliegnce Directive and its provisions are being negotiated now in Brussels.

Our Coalition is working to ensure the EU Corprate Sustainability Due Diligence directive is robust and protects people and the planet from corporate harms.

MAKE IT YOUR BUSINESS IRELAND!

Join our campaign to stop corporate abuse of human rights and the environment.

Why do we need new legislation to stop corporate abuses of Human Rights?

Appalling human rights violations and environmental harm are happening across the world due to corporate activities. 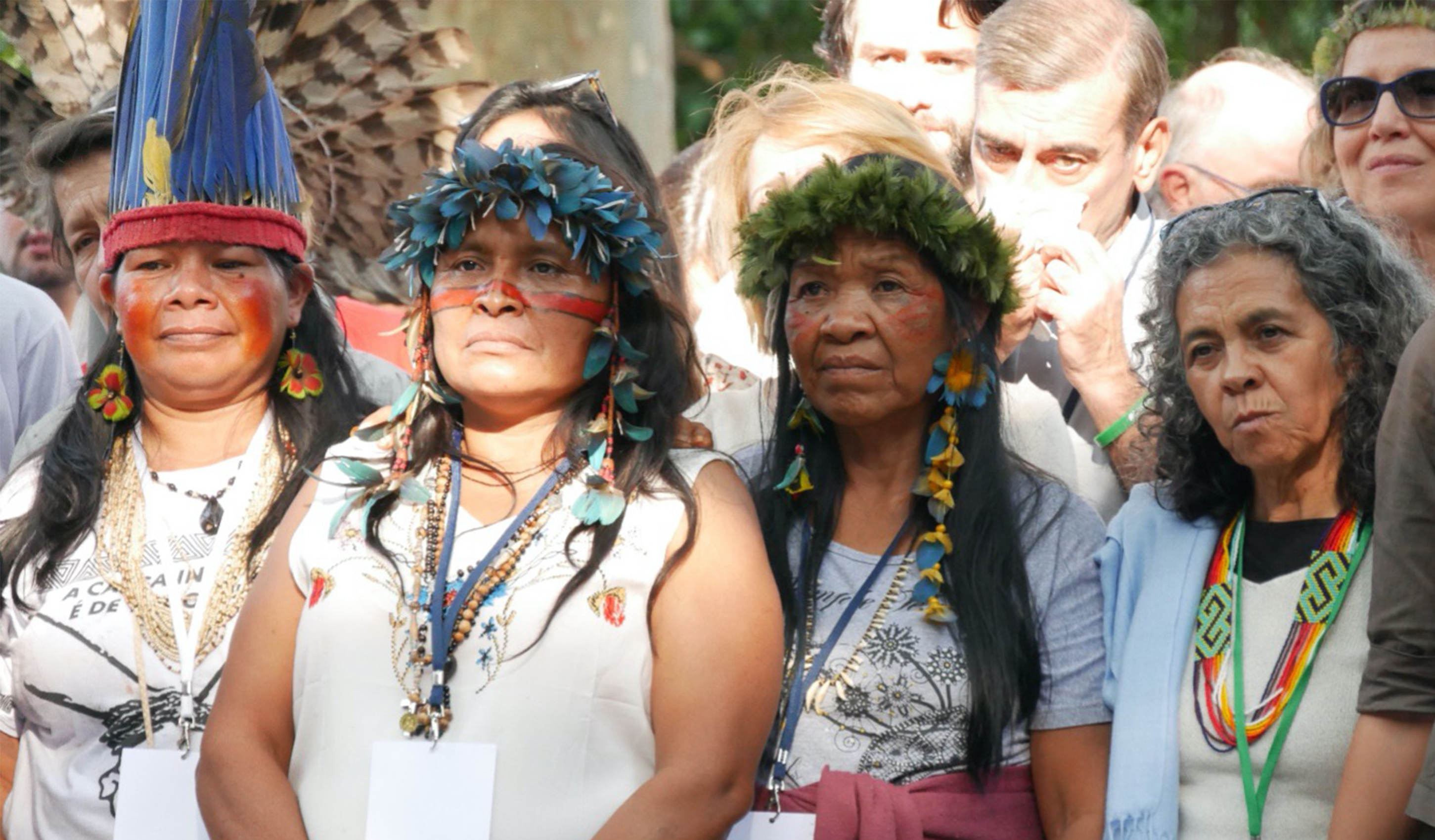 Protests in Brazil to denounce the indiscriminate burning in the Amazon. Credit: rodrigojorda/Shutterstock

Ireland is failing to protect people from abuse by corporations.

Irish companies have a responsibility to respect human rights, workers’ rights and environmental standards wherever they operate. At present it is voluntary for companies to respect human rights standards. Corporations are not being held legally responsible for their actions and continue to operate with little accountability. Meanwhile affected communities struggle for justice and compensation.

Irish based companies, such as the ESB and AirBnB Ireland, have been linked to human rights and environmental abuses.

For example, for decades, the ESB has imported millions of tons of coal sourced from the Cerrejón mine in Colombia. Indigenous communities next to the mine have suffered from chronic poor health, contaminated water, and have faced fear and intimidation when they voiced their opposition to the multi-billion-dollar mining industry.

Ireland’s tax, trade, and investment policies have also seen it become a hub for some of the biggest and most profitable companies in the world, including the top five global software companies, 14 of the top 15 medical technology companies, all of the top ten pharmaceuticals companies, and eight of the top ten industrial automation companies. Yet recent research from Trinity College Dublin’s Centre for Social Innovation showed that half of the top 60 companies in Ireland, including many of these multinationals, as well as Ireland’s ten-largest state-owned enterprises, scored less than 20 percent on their human rights policies. Moreover, 34 percent scored zero on embedding respect for human rights in their operations.

There is public support in Ireland for introducing such binding legislation to regulate business conduct overseas. According to a recent opinion poll, 81 percent of Irish people would want an Irish company that is acting unethically in a low-income country to be subject to legally binding regulations in Ireland. Only 11 percent believe Irish companies operating unethically in low-income countries should be able to self-regulate and apply their own standards.

Yes. France has led the way and introduced a ‘Duty of Vigilance’ law in 2017. Germany and Norway have introduced similar legislation in 2021. After many years of voluntary approaches, there is now a growing momentum to support mandatory human rights due diligence. This is really significant and the EU itself is now planning to introduce legislation. However, the EU will only establish ‘minimum standards’ and Ireland will need to put this into domestic Irish law.

Ireland should build on the EU standards and introduce the strongest and most effective law that meaningfully protects communities. By doing so, Ireland will be seen as a leader and have stronger voice and influence on this issue. Ireland must not be left behind on tackling corporate abuse.

The UN introduced the Guiding Principles on Business and Human Rights in 2011. These provide guidelines for how businesses can behave responsibly in their operations. For many responsible businesses, it has provided a clear framework to prevent human rights abuses. However, for less ethically-minded businesses, they have been able to simply ignore the guiding principles. A recent European Commission study shows that only one in three businesses in the EU are currently assessing the impact of their operations on human rights and the environment.

Simply put, asking businesses to voluntarily police themselves has failed to prevent abuses from happening. Corporations policing themselves doesn’t work – we need to ensure corporations respect human rights overseas by making it a legal obligation in Ireland.

We need to make it a legal requirement for businesses operating in Ireland to identify and prevent human rights abuses and environmental damage occurring in their operations, across all their supply chains, anywhere in the world.

Prevention: businesses will have to conduct due diligence which mainly aims to prevent human rights and environmental harm from occurring.

Accountability: victims need to be able to take cases in Irish courts for remedy. A business could be held liable for harms caused or contributed to by entities which it controls or has the ability to control.

When it comes to exercising quality control over their supply chains, most companies already have sophisticated systems in place to identify defective products and hold their suppliers accountable if a defect has occurred in the chain.

Companies should treat this as a quality control issue - a product that has human rights abuses in its production process should also be viewed as defective.

An NGO reports child labour on the farms where the cocoa supply bought by the subsidiary is grown. If the company had conducted appropriate human rights due diligence, it could have prioritised child labour as a potential or actual adverse impact, mapped and assessed, consulted and engaged with stakeholders, implemented systems to prevent, required its subsidiary to monitor, and accounted and publicly reported on measures taken. Effective due diligence should have been preventative, and harm would not have occurred.

For instance, a group of 105 international investors representing $5 trillion in assets has called on governments to introduce due diligence legislation. Another group of 26 leading companies, including Adidas, Unilever, Primark and Mars with a combined annual turnover of almost €350 billion have called on the EU to introduce mandatory human rights and environmental due diligence legislation.

A level playing field is in the interest of businesses, as it would prevent businesses in one country undercutting their rivals in other countries, in areas such as workers' rights and environmental protections.

The law that we want to see would be much more than a tick-box exercise. It would require companies to take effective action to identify, prevent, mitigate and account for human rights and environmental impacts linked to their business operations. Most importantly it includes liability for harm and access to remedy for victims. It should not be just a reporting exercise for companies.

As such, we need to keep pressure on our government to ensure that we get a strong law that would have real teeth and would actually transform the situation on the ground for communities.

No - due diligence requirements will be proportional to the size of businesses. This means that a small company would have fewer requirements than bigger companies.

The cost would also not be great. An EU study has shown that the cost of carrying out mandatory supply chain due diligence would be less than 0.14% of total revenue for small and medium sized enterprises.

Regardless of the cost to business, it is also simply the right thing to do, and the cost of human rights abuses to both humans and the environment at present is immeasurable.

Campaigns targeting individual companies can be effective at highlighting bad behaviour and sometimes result in changes after ‘naming and shaming’. Boycotts and purchasing ethical products can also have an impact, but they can only go so far.

What we really need is systematic change that will apply to all businesses and will level the playing field. Fundamentally, new rules that all businesses have to obey will have a greater impact than trying to change the behaviour of individual companies. If we change the system, our impact could be huge.

Please make your voice heard. Join the campaign to tell the Irish government that you want a strong and effective law which defends human rights and the environment.

Read our latest policy paper ‘Make It Your Business’ from the Irish Coalition on Business and Human Rights. It explores the issue in more detail and includes case studies of Irish companies..

Please watch this video from the Irish Coalition on Business and Human Rights explaining the devastating impact corporate abuse is having on communities’ human rights and the environment.

The Irish Coalition for Business and Human Rights is a coalition of civil society organisations, academic experts and trade unions working collaboratively to progress corporate accountability, based on respect for human rights and the environment.

The key purpose of the coalition is to collaborate and advocate strategically to achieve: 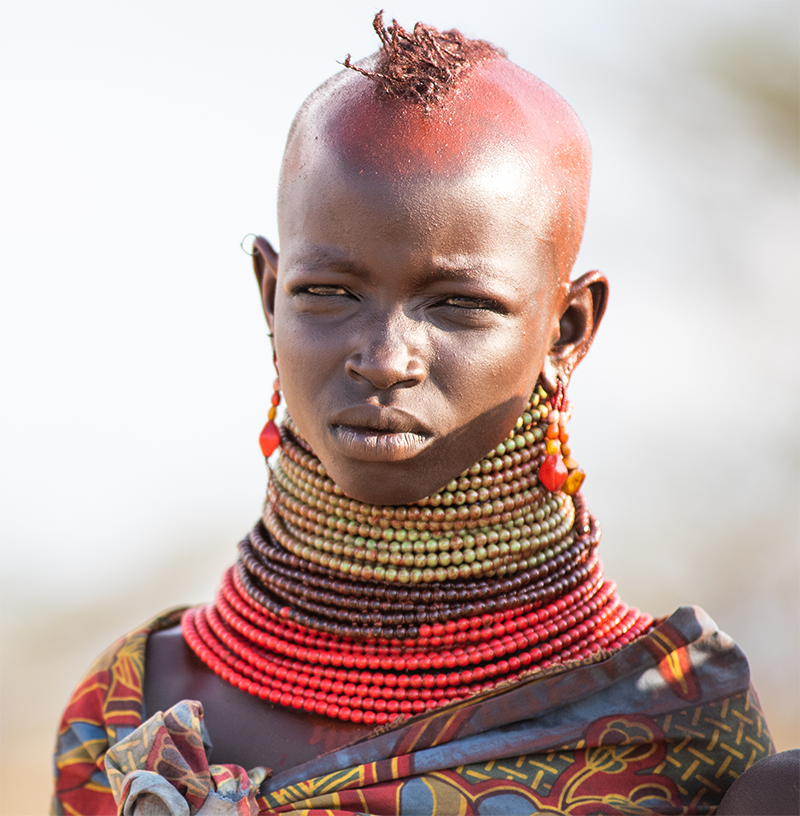 Sharon Ikimat on her way to collect water near Kapese, Turkana, Northern Kenya. Indigenous Turkana communities are living in extreme poverty in this drought affected area, adjacent to large installations where oil is being extracted from beneath the soil. 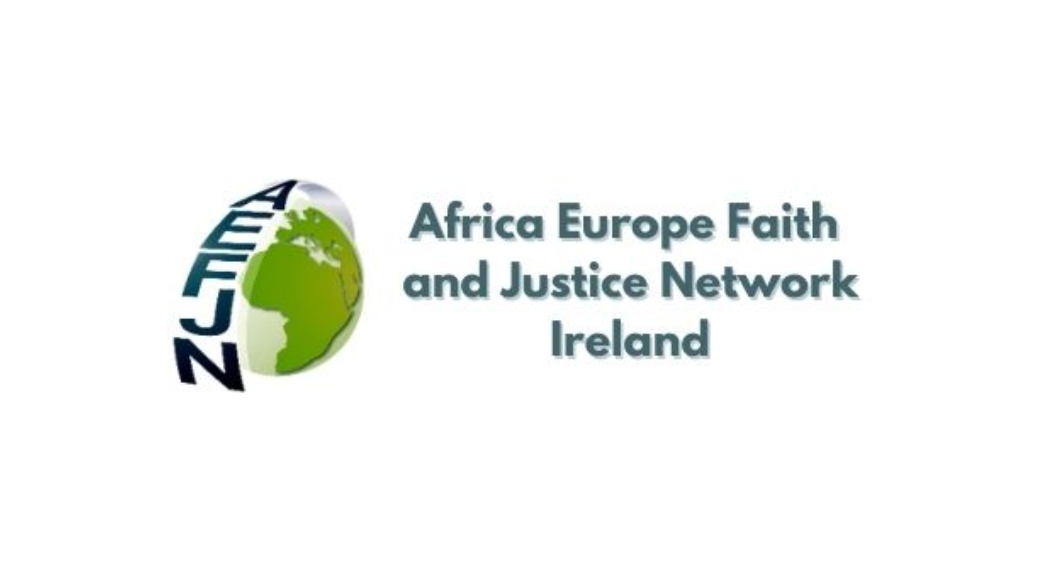 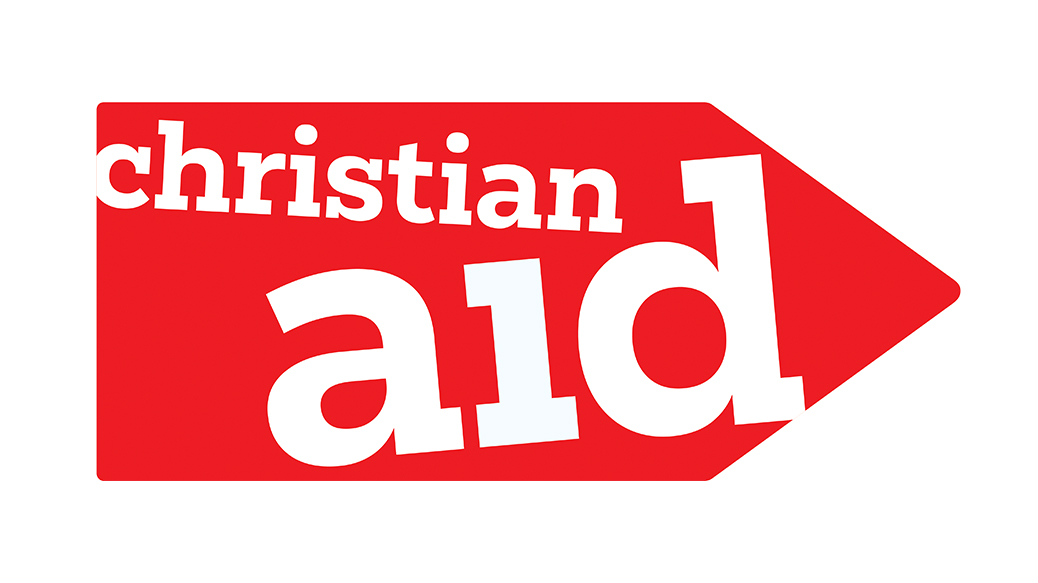 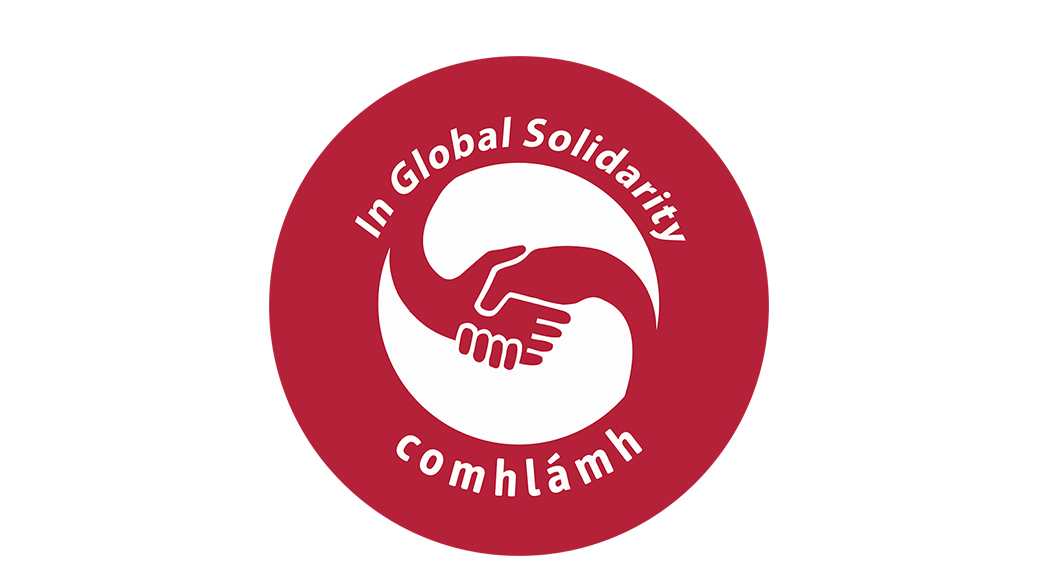 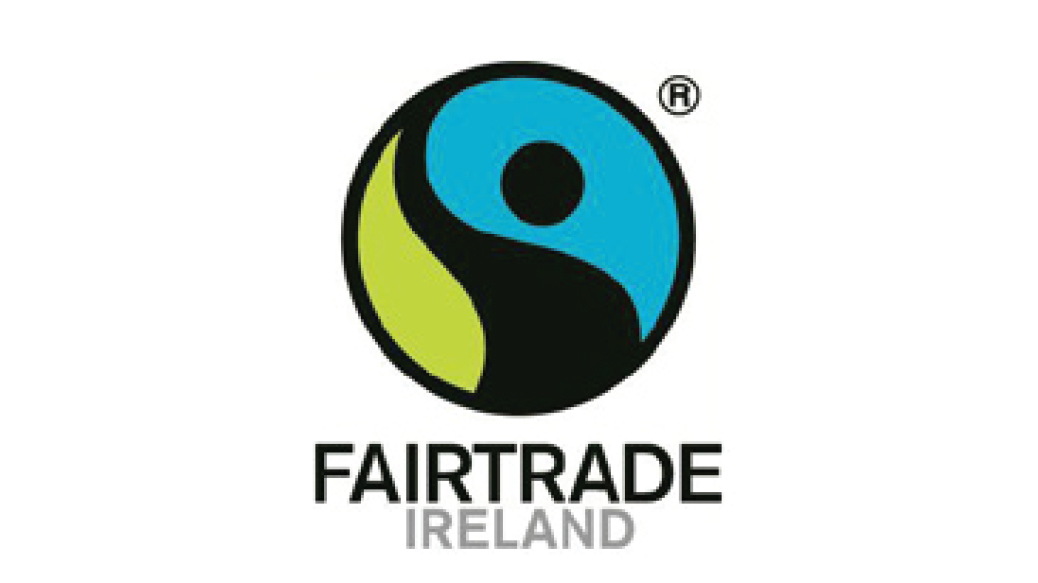 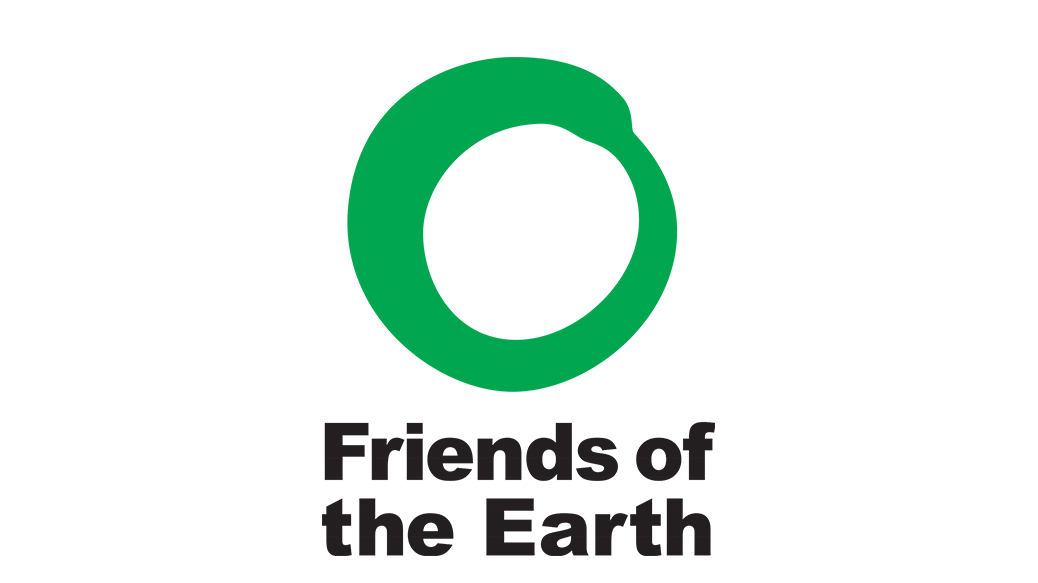 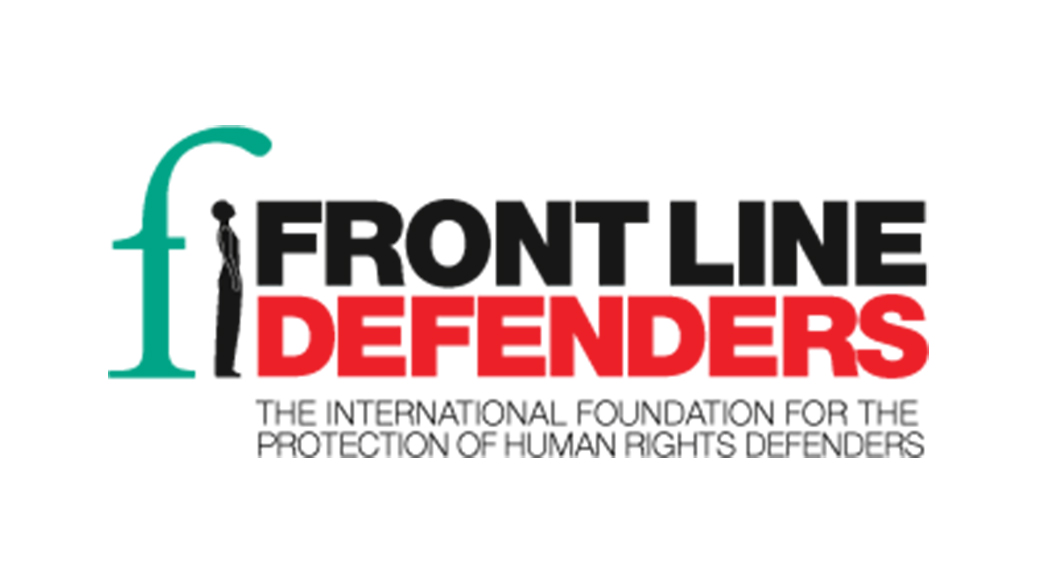 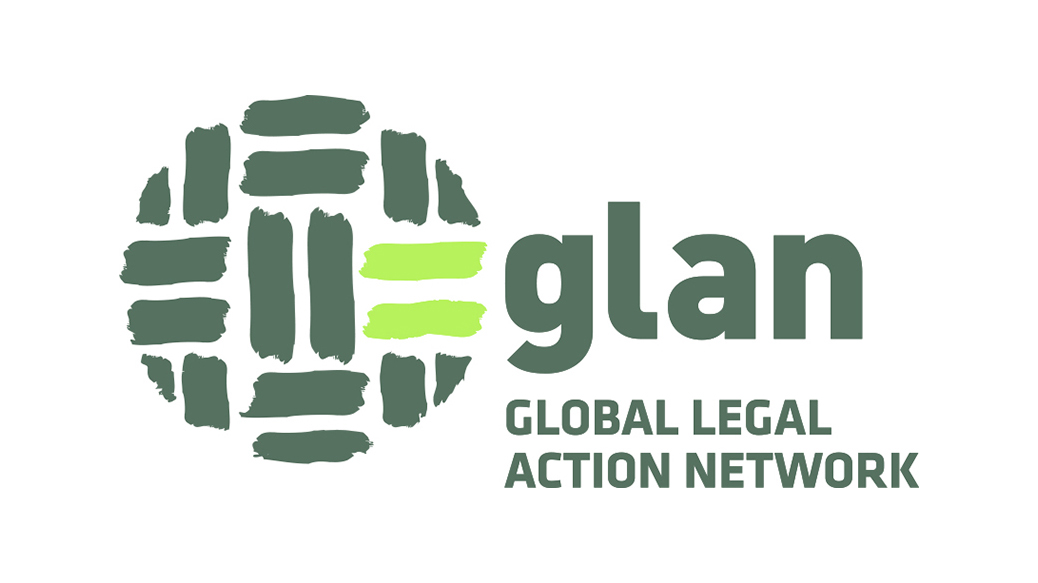 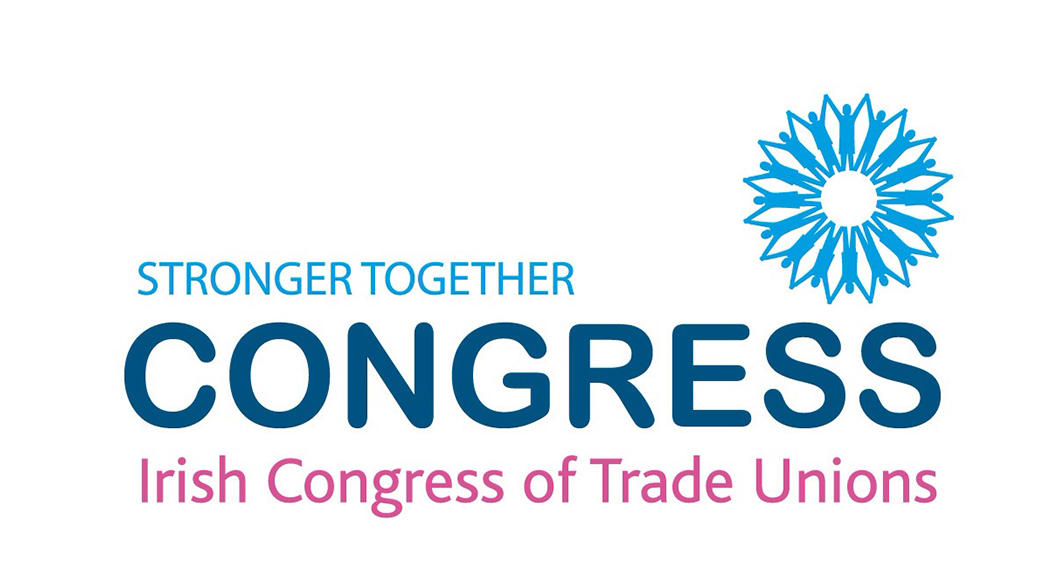 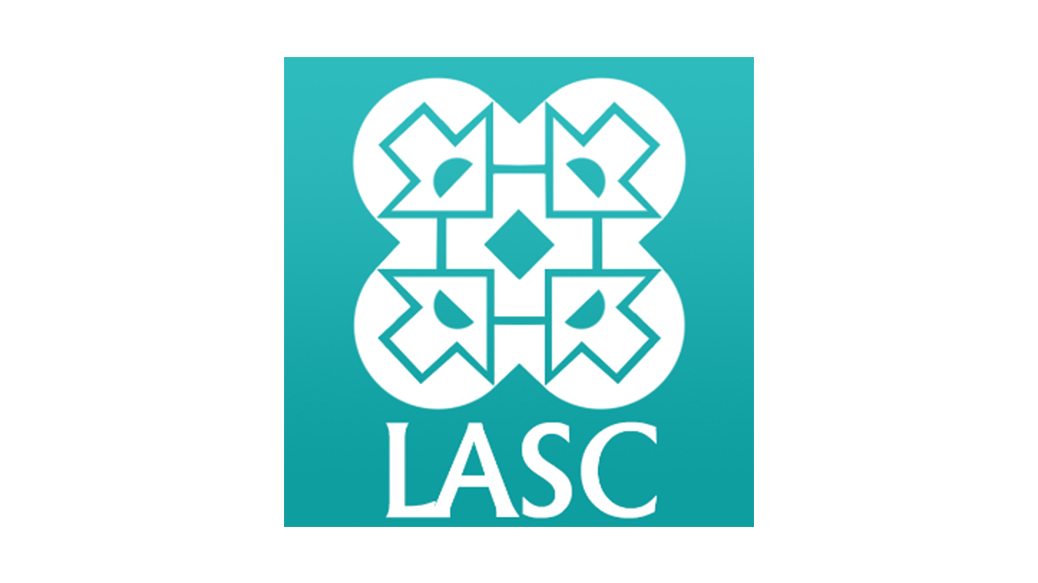 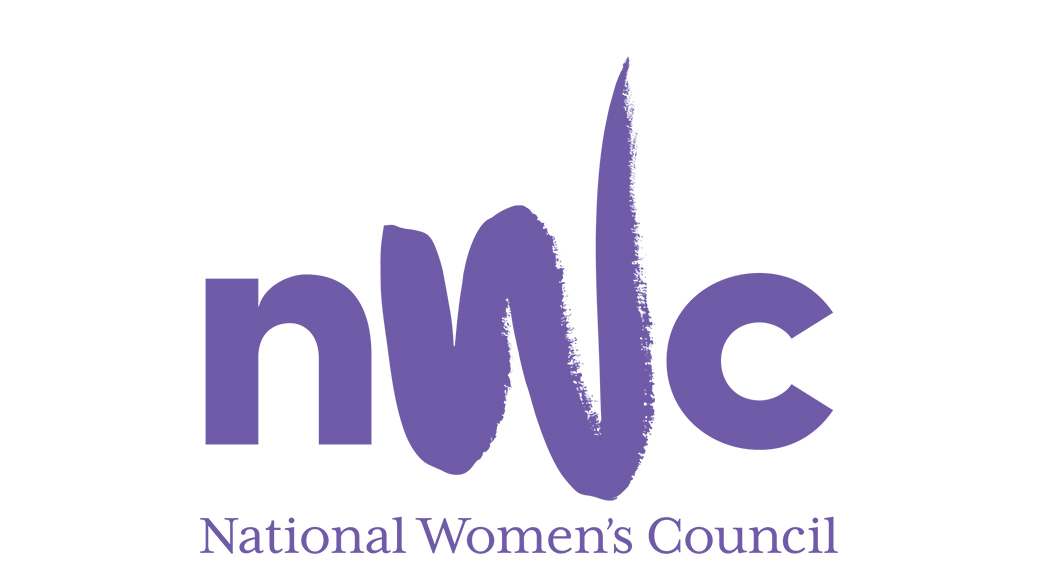 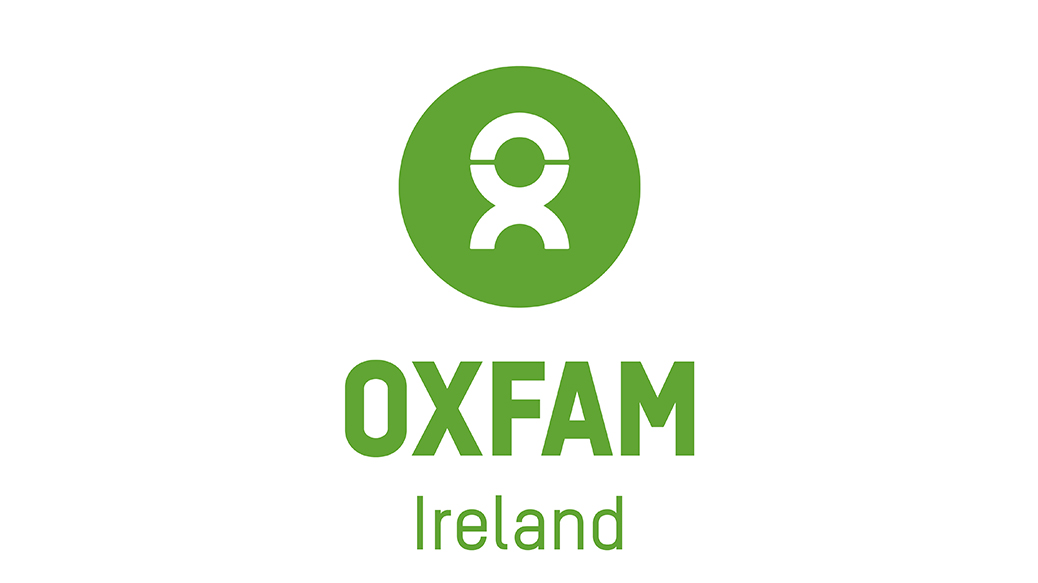 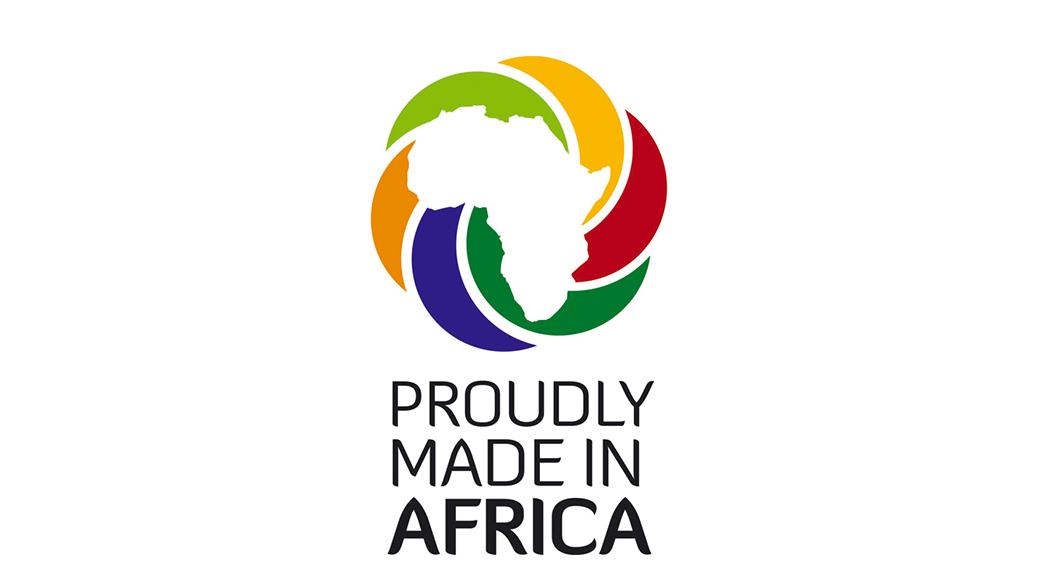 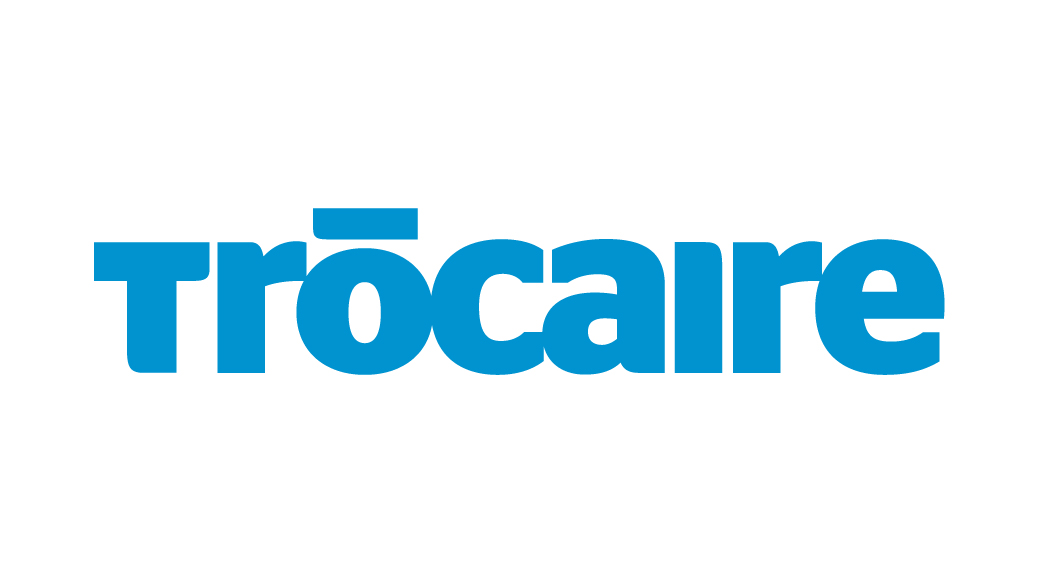 
The Irish Coalition for Business and Human Rights is a representative network of the European Coalition for Corporate Justice (ECCJ).


©2021 The Irish Coalition for Business and Human Rights